I believe in God, but I’m not sure who He is. 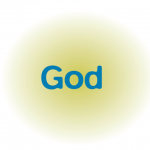 Both science and Christianity agree that God can’t be discovered or His existence demonstrated scientifically. That fact alone proves nothing since love, bravery, hope and many other readily acceptable realities can’t be proven or measured either. If we finite individuals wish to know the infinite Lord God, we need to look in those places where He has revealed Himself. And where are those places? Here’s a good list:

“For what can be known about God is plain to them, because God has shown it to them. For His invisible attributes, namely, His eternal power and divine nature, have been clearly perceived, ever since the creation of the world, in the things that have been made” (The Bible, Romans 1: 19-20).

“For when Gentiles, who do not have the law, by nature do what the law requires, they are a law to themselves, even though they do not have the law. They show that the work of the law is written on their hearts, while their conscience also bears witness, and their conflicting thoughts accuse or even excuse them” (The Bible, Romans 2:14-15).

All Scripture is breathed out by God and profitable for teaching, for reproof, for correction, and for training in righteousness, that the man of God may be competent, equipped for every good work” (The Bible, 2 Timothy 3: 16-17).